Let’s face it, attracting talented employees is tough—and keeping them can be even tougher. One way to stand out to prospective employees in the restaurant industry is by offering competitive benefits. Better pay and more time off will always be great ways to bring in better talent, but to really stand out among employers, you can offer something more unique: financial wellness.

In all likelihood, you have employees who pay rent and support a family. You probably also have employees who spend their entire paycheck on Xbox games. No judgment—restaurant workers are a diverse group. But one thing they all have in common is the need to access and manage their wages.

Branch, a Minnesota-based technology company, has partnered with Delaget to provide employees with financial services like free checking accounts, debit cards, and instant access to wages each day they work—and these services are free to employees and employers. Here’s why providing financial wellness services is a big deal for your employees.

For the past several years, unemployment has been at record lows and demand for hourly employees has been at all-time highs. And with the advent of the “gig economy,” services like Uber and Lyft have helped popularize the idea of picking up extra shifts here and there to make some extra cash.

Finding employees to pick up extra shifts has been a challenge for restaurants for a long time. Just one employee calling in sick on a busy night can throw off an entire schedule—and convincing someone to pick up extra shifts can be like pulling teeth. But with the advent of instant access to wages, that phone call just became a whole lot easier. A conversation that once ended with, “I’m not on the schedule, so I can’t come in tonight” suddenly becomes, “I’m not doing anything tonight, I may as well come in and make an extra $50.”

In a perfect world, your schedule would give you the ideal staffing for each shift, and no one would ever be late or sick. But that’s not the world we live in, and variances are inevitable. Use the gig economy to your advantage.

Cut out the middleman

It’s payday. You’re an hourly employee, and you pick up your paycheck from work—but you can’t do anything with it until you bring it to the bank. That’s the way it has to be, right? Not anymore. In a trend similar to cutting your cable, many people are choosing to cut another middleman out of their lives: banks. Some people don’t have enough credit history to open an account, others may not have good enough credit for a bank to be worthwhile, and still others simply prefer to cut banks out of the equation. Whatever the case might be, services like Branch make it possible to save money without opening a personal account with a bank.

In addition to giving employees instant access to their wages, Branch provides free checking accounts and debit cards. Employees can access their wages to make purchases and pay bills online, regardless of whether or not they have a personal bank account. This may not seem like a big deal, but don’t brush it off—eliminating personal reliance on banks is very important to many restaurant workers.

Teach them to fish

From the teenager who is working their first job, to the parent working to feed their kids, to the retired senior looking to make some extra cash, restaurant employees are about as diverse a group as you can get. One thing they all have in common is the need for financial planning.

It may be hard for the teenager in your restaurant to understand the importance of financial planning, but everyone needs a plan for their future. Financial planning tools are often out of reach for many restaurant employees. Whether they’re saving for college, paying rent, or simply looking for extra cash on hand, Branch includes planning tools to help people in all stages of their lives and careers create a plan for their financial future.

Is Branch actually free, or is there an asterisk?

Branch has deliberately aligned their business model with the best interests of its users—you and your employees. Branch’s revenue comes from the transaction fees that merchants pay to banks and to MasterCard; it is in Branch’s best interest to offer you and your employees the most valuable tools at no cost to you. And through their partnership with Delaget, integrating Branch is a simple process—saving you time, effort, and resources.

How does Branch partner with Delaget?

Branch’s integration with Delaget’s systems offers customers who opt-in a seamless process for relaying data and gaining access to Branch’s capabilities. The service is free to operators and their employees, and with this partnership, set-up is streamlined. Businesses using Delaget can quickly begin providing employees early access to earned wages instantly before their paycheck and other financial wellness tools, without requiring separate integration or replacement of existing systems.

Offering employees more money is one thing, but helping them use it effectively is something else. Branch was founded as a way for working people to gain financial independence. They are based in the Twin Cities to remain rooted in the communities they’ve helped develop. Branch’s partnership with Delaget enables restaurants to provide their employees with a plethora of free financial wellness tools. 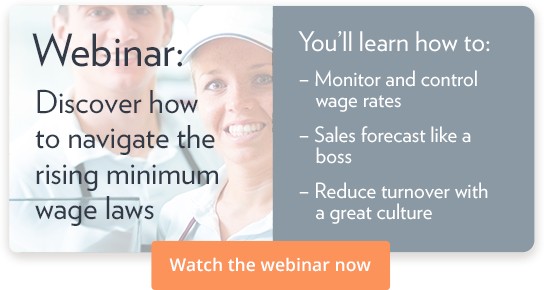 Tips and suggestions to pick a restaurant online ordering system

Learn how Delaget saves you 15+ hours each week and make sense of your restaurant data.

Delaget’s blog on operational strategies to grow your business faster.

Tips and suggestions to pick a restaurant online ordering system