Money matters: the cost of cash and how to overcome it

These days, cash can be volatile. Once you realize how easy it is to “lose” cash — counting back the wrong change, employee theft, tallying totals at the end of the day — it’s clear to see how handling cash comes at a cost. It’s no surprise that many QSR owners would prefer to complete all transactions with credit or debit cards. But, is that really practical? Or ethical? What is the cost of cash, and what are some ways to overcome the deficit?

True, retailers have to pay fees in order to accept credit cards and other electronic payments. But those fees are relatively small, especially for restaurants and QSRs that do a lot of business. While cash was once the payment method of choice, there are a number of factors that make accepting cash a more expensive choice for retailers. From the time it takes to count change back to customers, to the risk of employees intentionally or unintentionally collecting incorrect cash, to the added effort of counting cash at the end of the night for deposits, cash is expensive.

Just how much does cash cost?

According to a 2018 study by IHL Group, for every dollar quick service restaurants are paid in cash, 11.4 cents are lost to factors that don’t apply to electronic payments — one of the highest in any retail segment. That’s like having a dollar menu for customers using credit cards, and an 89-cent menu for customers with cash.

QSRs also have one of the highest percentages of cash usage of any retail industry. According to the same IHL study, 41.1% of QSR purchases are made with cash. These two factors combined mean a lot of revenue is lost to cash every day.

Reduce your cash-related loss with our Cash Verification service.

So, can we ditch cash?

With more and more business taking place online, the role of cash has evolved in recent years. It’s no longer common for everyone to even carry cash on them at a given time. Starting in 2017, Shake Shack began testing electronic-payment-only locations starting in New York City. However, despite the diminishing role of cash, these stores have had mixed success. According to Shake Shack CEO Randy Garutti, “[What] we’ve clearly seen is that our guests do often want to pay with cash.”

The idea of “going cashless” is a concept that may sound appealing in theory, but it doesn’t work for all people or in all places. In much of the U.S., especially areas outside of major cities and their surrounding suburbs, cash and checks are still the norm. Similarly, for many families in all geographic areas, cash is an essential part of life. Ditching cash would directly affect many of your customers, regardless of who they are or where you do business.

Alright, then what can we do?

For now, a cashless society is still far from reality. To help make up for the 11.4% cost of accepting cash, focus on the basics. Build in or follow brand policies and procedures for checking suspicious bills (for example, using counterfeit marking pens, training the cashier how to check bills, and installing SMART safes that reject counterfeit bills). Make sure you’re using secure cash drawer procedures. Have your employees practice their customer service skills while counting change. Promote electronic payments beyond credit cards, like Apple Pay, Google Pay, and Samsung Wallet, but don’t go cashless just yet. 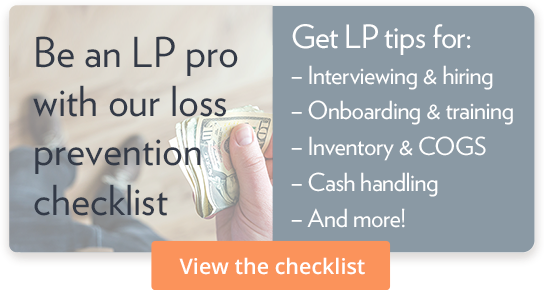